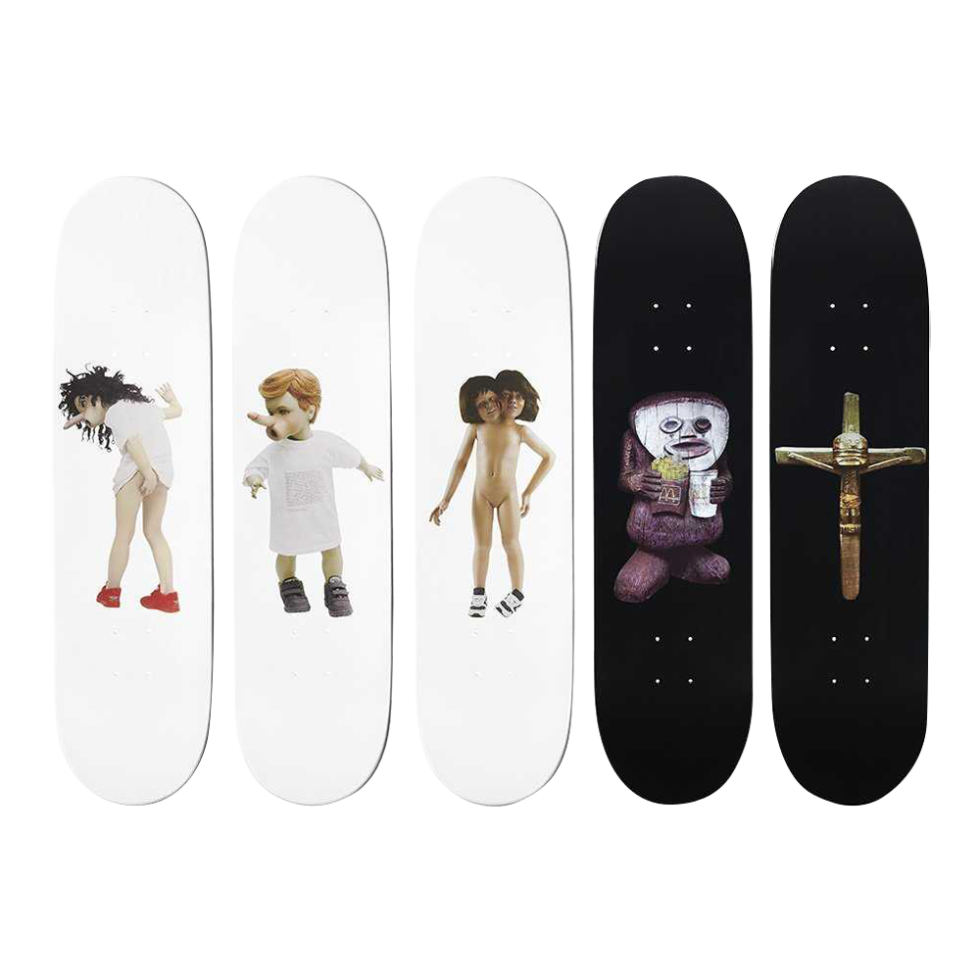 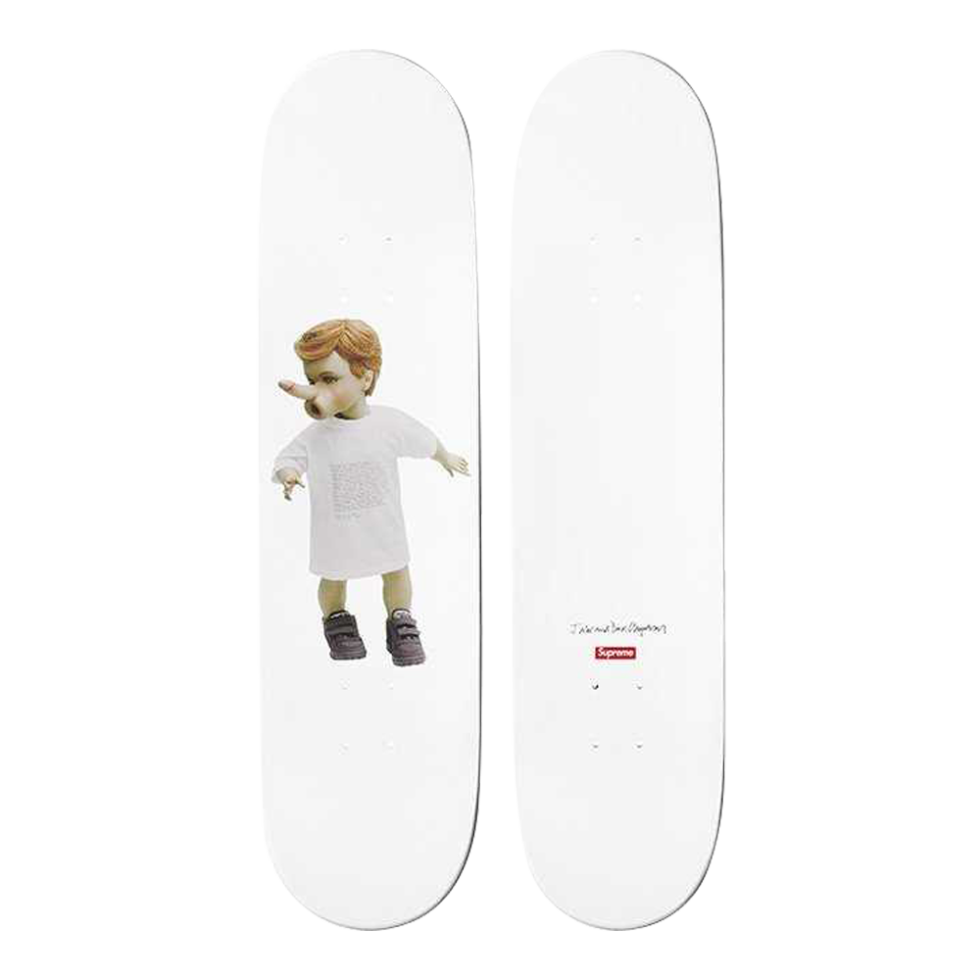 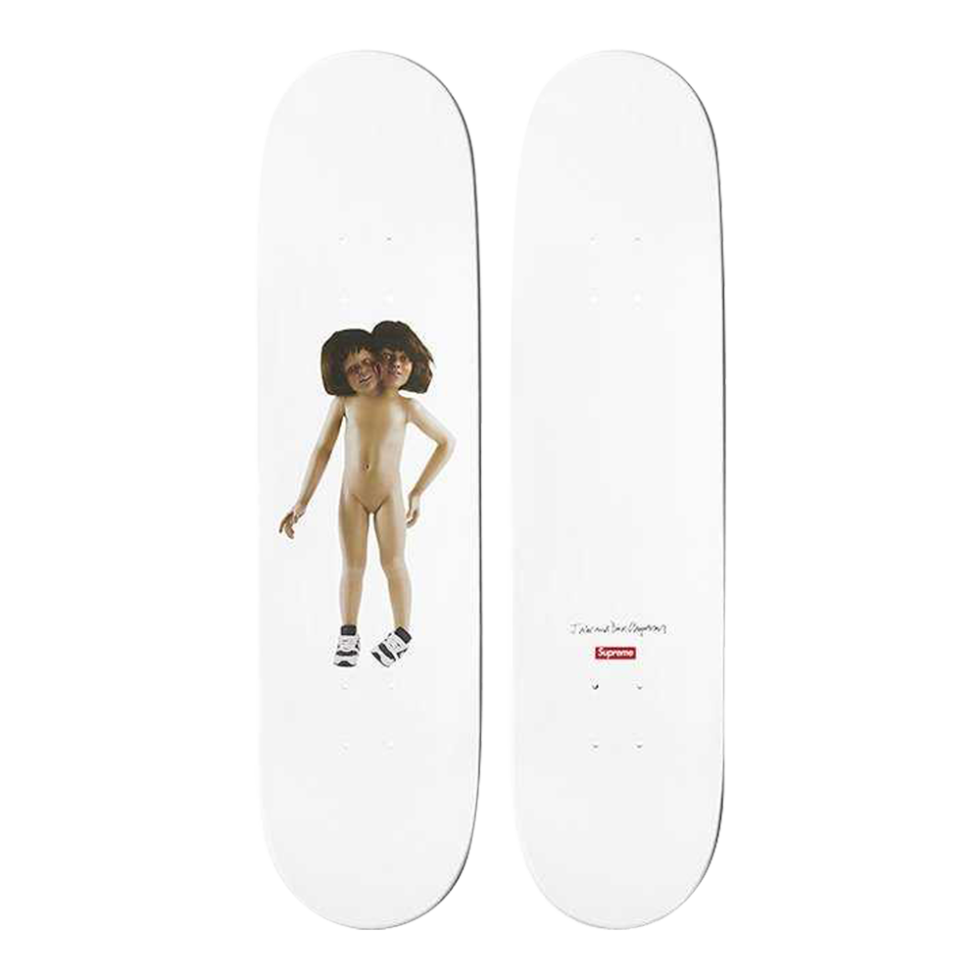 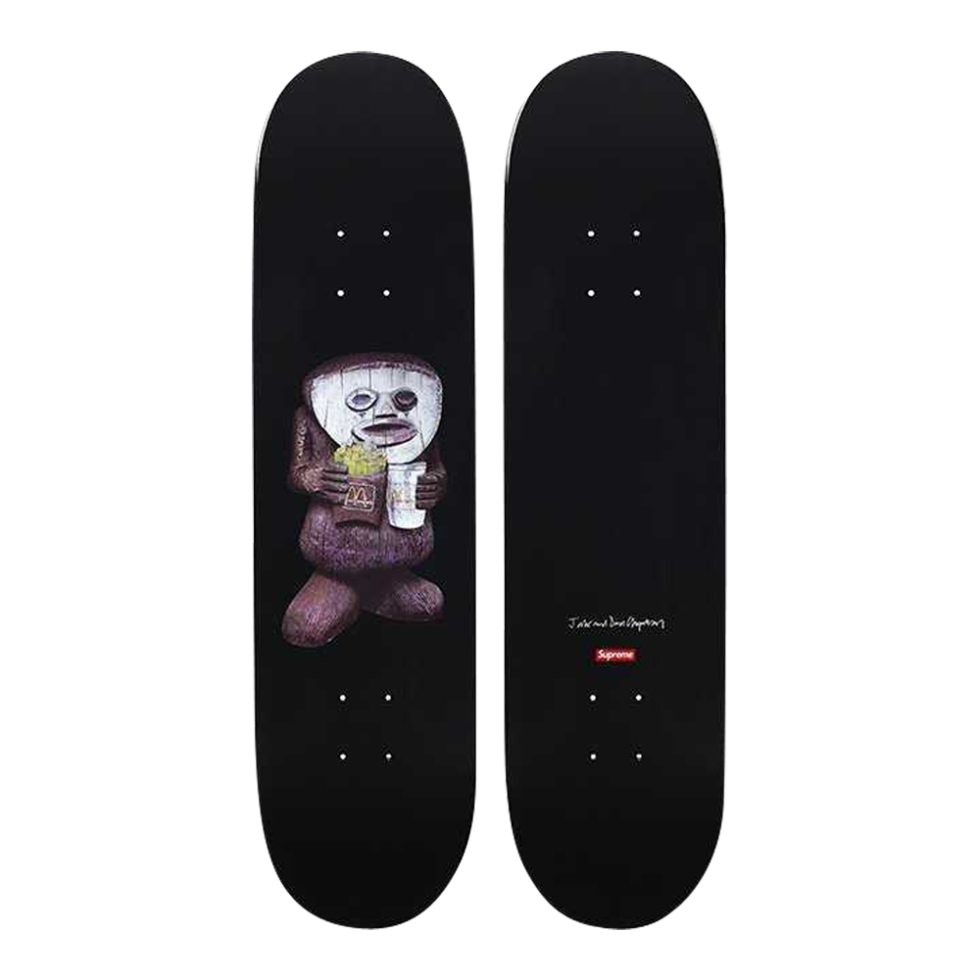 Dinos Chapman was born in London in 1962 and Jake Chapman was born in Cheltenham in 1966. They both graduated from the Royal College of Art in 1990 and worked as assistants to Gilbert and George before beginning to collaborate in 1992. The Chapmans weave a vast range of associations into their work, using material from all areas of the cultural landscape including philosophical theory, art history and consumer culture. They engage with inflammatory subjects and use subversive strategies to produce works that defiantly refute straightforward interpretation and have confessed that they fantasize about ‘producing things with zero cultural value’.

The Chapmans first rose to prominence in the early 1990s with their three-dimensional recreations of Goya’s series of etchings, The Disasters of War. These depict atrocious acts of violence that have been reconstructed with miniature and life-size figures. Subsequent works, such as Zygotic Acceleration (1995) and Tragic Anatomies (1996), have continued to use the body as a way to explore the aesthetic of horror. Tragic Anatomies consists of a group of sexually-mutated child mannequins with genitalia sprouting from unlikely places, naked except for a pair of Nike trainers. With such works the Chapmans challenge the boundaries of taste, forcing the viewer into an uncomfortable position between fascination and revulsion.

The subversive wit and black humour that pervades the Chapmans’ work is undercut by the craftsmanship and painstaking labour evident in their execution; they are expert draftsman, engravers, model-makers and wood carvers and all their work is hand made using various techniques and materials. Hell (1998-2000), which Charles Saatchi reportedly paid half a million pounds to commission, is a good example of this. The artwork, an enormous tableau in the shape of a swastika with over five thousand tiny Nazi figures acting out the roles of victim and executioner in an apocalyptic scene of death and destruction, is also arguably their most ambitious and excessive work.

The brothers’ cast and hand painted over 5000 figures, skeletons, Nazi soldiers and human mutations to produce Hell. They also built concentration camps and filled mass graves with hundreds of mutilated bodies. They dreamed up corpse puppeteers to entertain the troops, plants that grow skulls, carnivorous sheep with red eyes and even skeletons dressed for chemical warfare.

In 1999 the Chapmans returned to Goya and published Disasters of War, a book of eighty-three hand-painted etchings based on the series they made three-dimensional recreations of in the early 90s. Recently, in Insult to Injury (2003), they doctored a set of Goya’s etchings with hand-painted cartoon heads, breaking one of the few remaining artistic taboos by desecrating the artwork of one of the art history’s most canonical figures.

Their 2002 exhibition, Works from the Chapman Family Collection, paid ironic homage to the fast food giant McDonald’s through a fictional collection of rare ethnographic objects. The objects were carved from aged wood and presented in a parody of traditional museum displays and appeared authentic until a closer inspection revealed the corporate symbolism of the hamburger chain. Issues of colonialism, capitalism, racism and globalisation are inherent in the work yet no critique or political statement is offered by the artists. Rather, the Chapmans’ aim is to unearth the contradictions and hypocrisies present in contemporary culture, posing questions but providing no answers.

The Chapman brothers were nominated for the Turner Prize in 2003.